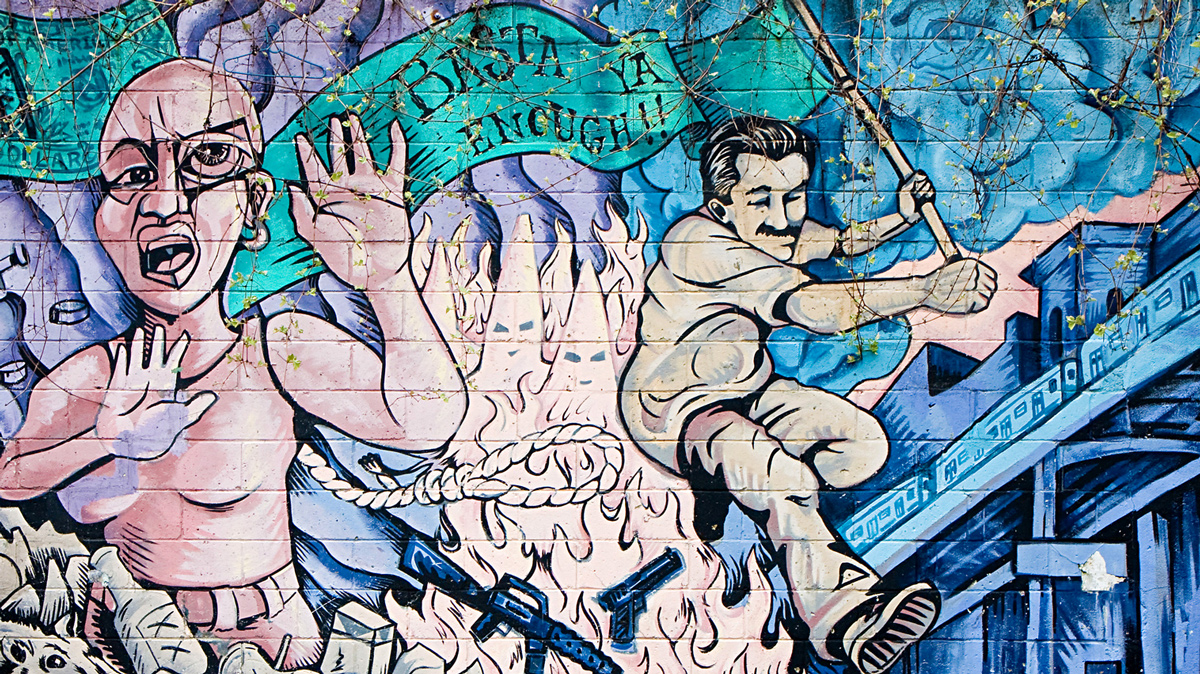 In 1991, at thirteen years of age, I chanced to see a television program about the destruction of the Amazonian rainforest that fundamentally changed my life forever. I was struck by the devastation and the immediacy of the need for radical change. At that tender age and with the rest of my childhood and whole adult life before me, I saw one thing clearly: the world needed to change, and change quickly if it was going to survive the oncoming catastrophes that were occurring as a result of greed and global materialism. Back in the early 1990s, there was an upswell of environmental activism, one that I embraced with zeal and conviction. I considered it a sacred duty to recycle, before recycling became more mainstream and more widely accessible. 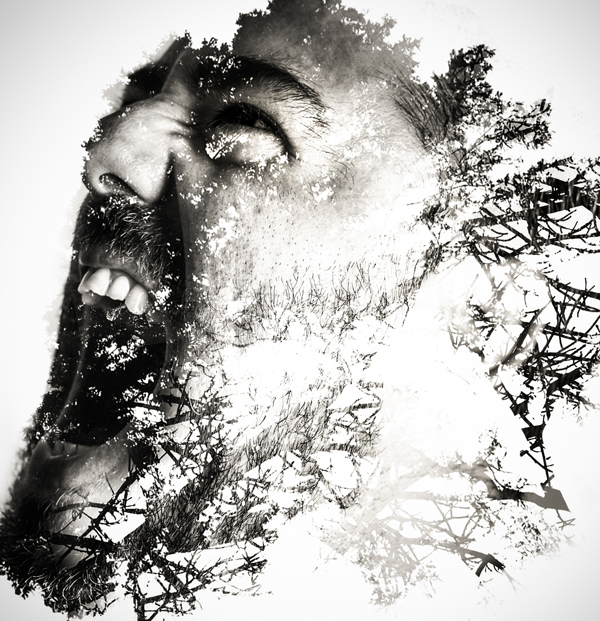 At the time I thought that if we could only rectify the environmental damage that we had done to the Earth, the world would be brought into a new era of peace and tranquility. I remember passing by the smokestacks of oil refineries and predicting that one day they would scent the atmosphere with incense rather than pollute the air with smoke. More than three decades years later the smoke still billows from power-plants and factories. My youthful idealism may have been commendable, but tragically unrealistic.

I always dreamed of witnessing a great global revolution; some sweeping zeitgeist movement where the proletariat masses overthrow their oppressors and raise a standard of truth and freedom. Perhaps I had a past life during the French Revolution, romantically embracing martyrdom in the name of liberté. Maybe I watched Star Wars too much as a kid, identifying with a handful of rebels who subversively oust the evil Empire. Our society glorifies the false ideal of the lone hero who near-single-handedly destroys the Deathstar, reinstates the Republic, and brings balance back to the Force. Truth is, lasting systemic change comes in much smaller increments and with much greater sacrifices. Planetary progress hinges on the cooperation of everyone. The fallacy of a lone planetary hero is a delusionary myth, one that I have embraced at times in a false sense of self-importance. For better or worse, we’re all in this together. So if we want to see the world change, we’re all going to have to change. 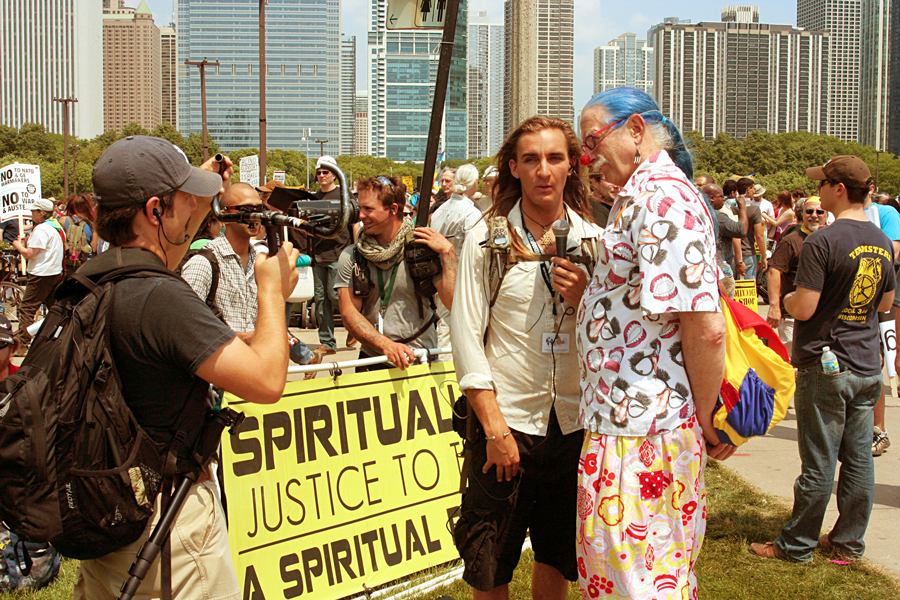 For nearly a year during the height of its social influence, I followed and participated in the Occupy movement. It was a tremendously inspiring and rewarding experience to see people coming together in groups around the country, truly wanting to see positive changes in our society. Critics of Occupy accused the movement of lacking leadership and clear demands, but it was obvious to anyone who experienced Occupy that the often used motto “another world is possible” was a call to change.

I had high hopes for the Occupy movement. To me it was the most potent gathering of people to have reached the mainstream media and public attention in my lifetime thus far. Many people ask, “Is Occupy dead?” The answer is unqualifiedly yes . . . right now. Why did it fail? Many people have given much more eloquent and concise answers than I can write here. One point I will make is that you cannot expect an entire society to change if you are unwilling to make changes personally.

No single raindrop believes it is responsible for the flood.

During the one year anniversary of the first occupation of Zuccatti Park, I travelled to New York City to show my support of Occupy Wall Street, make some noise in the financial district of Manhattan, and celebrate the movement that I had admired the year previously. It was a great family reunion, getting together with so many who had grasped the spirit of Occupy from around the world. I fell in love with many of these individuals, but one of the things that bothered me about my extended Occupy family was their unwillingness to put aside their personal attachments for the good of the movement and further progress. Clashing egos and substance abuse did more to deflate the momentum of Occupy than any concerted effort of law enforcement. If the core of Occupy could have sobered up and instilled a greater sense of self-sacrifice into the movement, they would have been a force to be reckoned with. So it is with any movement, the progress of the whole hinges on the willingness of individuals to make personal changes.

Hang around a Whole Foods parking lot long enough, and you will undoubtedly see a hybrid car sporting a “Be the change you want to see in the world” bumper sticker. It is difficult for me to see western society’s trivialization of this statement. They are rich words, deep and more significant than the general mindset is willing to grasp. These personal changes add up and are the fundamental building blocks of global change. Each choice that we make affects the whole, not just of what we do, but how we do it.

Do you not realize that the hope of a better nation — or a better world — is bound up in the progress and enlightenment of the individual?

I have been thinking a lot about change lately; why it is so easy to change some things, but so difficult to change other things. We change our socks and underwear every day without effort, so why is it so hard to change some of the more personal parts of our inner self? If we are stuck in traffic on the freeway, we do not hesitate to change lanes to get us down the road faster. It seems that ease of change is not just correlated to how directly it affects us, but how well we know the outcome. We know that the express lane has less traffic. We know that a clean pair of socks smells fresh and clean. Changing personal patterns often requires us to venture off into the unknown. This requires faith, or at the very least courage, to step out of our comfort zone and venture into new territory. 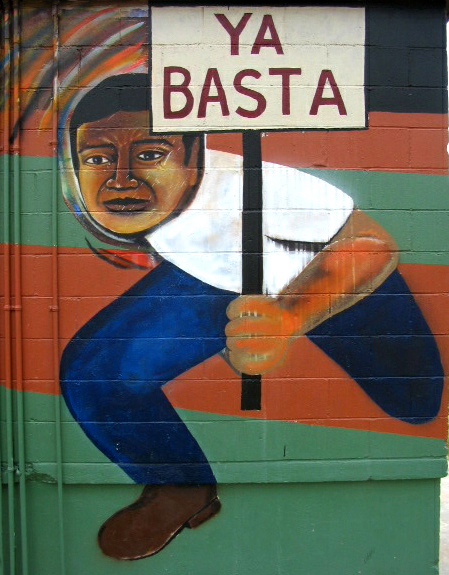 “¡Ya Basta!” is a slogan made popular by the Zapatista uprising in the state of Chiapas, Mexico through the late 1990s. It translates to “enough already,” or “enough is enough.” At a certain point, this group of Indigenous people drew a line in the sand and demanded change from their government. These demands are still not being met, but a struggle began, and movement toward change was initiated. This raises the question: what is that breaking point when we are willing to say enough and begin that change? Not the breaking point when we demand change from others, but the point when we shout out “¡Ya Basta!” and demand that we ourselves change.

P.S. In the tradition of Zapatista spokesman Subcomandante Marcos, I write one more closing, parenthetical thought. In your own evaluation of your role in the playing out of planetary consciousness, consider whether you are truly doing your part to promote progress. At the same time, consider the existence of a Universal Deity, one that is not confined by our limited human concepts of God. How long will this Divine Overseer allow us to stumble around in individual selfishness before exacting justice upon us as a planet proclaiming, “¡Ya Basta!”