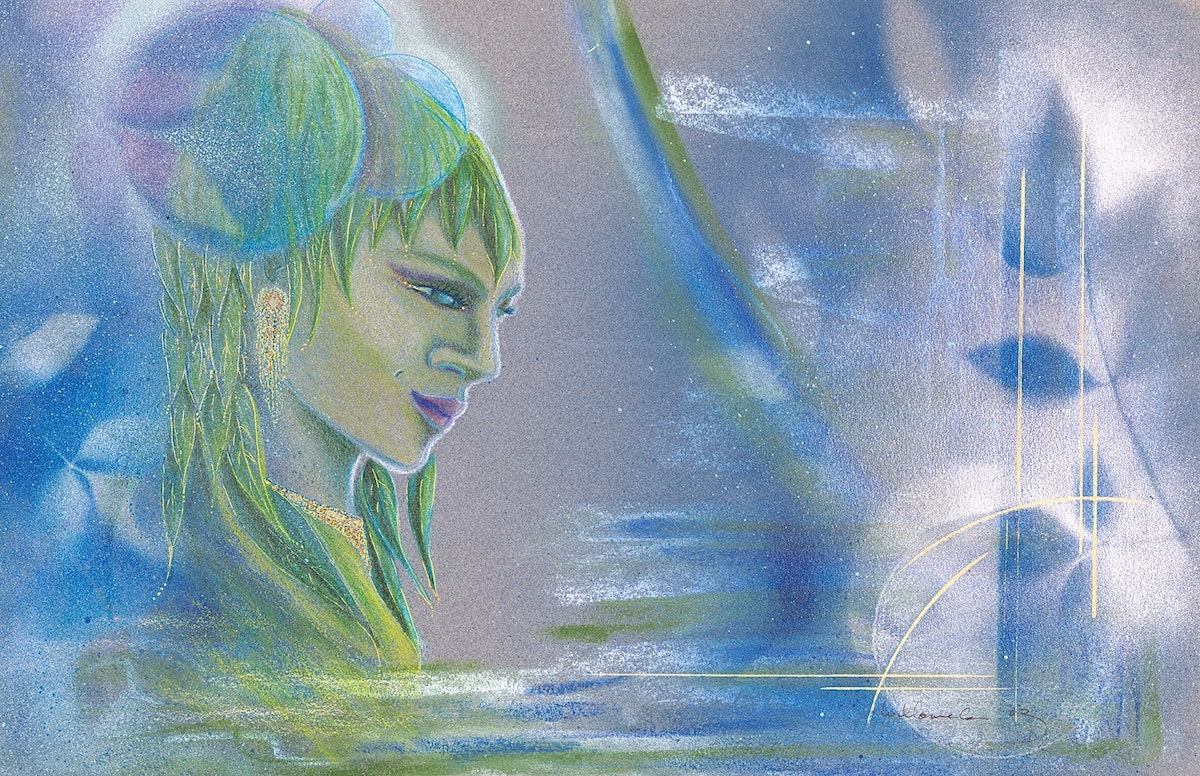 I Snuck Up On Me

I’m not sure when exactly it happened,
but somehow—while I wasn’t looking—
it seems I snuck up on me, the real and true me.
And all of a sudden now,
I can see a whole different reality unfolding,
into a rather enlightening way of thinking, being, and doing—
and frankly, the world looks a lot different these days
to this recovering materialistic self-aholic.
I guess it all began as a “trade deal” you might say,
(since I was rather into the business world at the time),
and over the years, it went something like this:

I traded my effervescent bottles of Perrier
and high tea at the Ritz Carlton and Four Seasons
for stainless steel water bottles
and simple fresh-air picnics in the great outdoors.
I traded my Gucci bags and Louis Vuitton luggage
for a backpack and re-useable cloth shopping bags.
I cut my own nails and cancelled
my weekly manicures and pedicures
at Nan Duskin’s salon on Rittenhouse Square back in Philly.
I gave up my SAAB sedan with the leather interior
and driving alone, for carpooling and the privilege of driving
in the “multiple-passenger only” highway lanes.
And sometimes I bike, or walk,
or even just stay home (and actually enjoy it).
I abandoned Sak’s 5th Ave. and Bloomingdale’s
—and my personal shoppers there—
for Goodwill thrift-store bargains,
and yard sales and clothing swaps.

I began to find myself making “veggie wraps”
of whole wheat tortillas filled with healthy organic
and raw foods, instead of building towering sandwiches,
huge hoagies, and greasy Philly cheesesteaks.
I no longer spend New Year’s Eve in Paris at the Ritz,
and instead try to  make every day a holiday
and every meal a feast.

I cut loose the arrogance
and condescending superiority attitudes,
because I’ve learned to see value
where I never thought there was any—
in certain situations, experiences, and especially people.
I catch my eyes scanning the menu no longer
for the most expensive and decadent,
but rather the most economical and healthy—organic and non-GMO.
I cut back on meat and pretty much stopped
processed, packaged foods
altogether, in exchange for whole foods
and more beans, salads, nuts and seeds.
Eventually I became vegetarian, and love it.
And along the way I kissed
Cheerios, McDonald’s, and Pringles goodbye.
And while I no longer make reservations, I have learned to make
goat cheese, yogurt, kefir, and even kombucha.
Instead of growing my I.R.A. at the bank,
I’ve grown alfalfa sprouts in my kitchen window sill.

I’ve concluded that being kind
is much more important than being right
(although it took a while to get that one through my thick skull).
I’ve learned that “Green” is no longer just a color in the rainbow,
and sustainability doesn’t mean
“Will it still be in fashion next Spring?”
I’ve discovered what’s wrong with the world
has partly to do with what’s wrong with me,
and the more I change, I change the world.

I catch myself stirring carob into a glass
of fresh goat’s milk with agave syrup,
and in restaurants ask if there’s any MSG
or Genetically Modified Organisms.
I found out that “less” really is MORE,
and Zen actually does have something
to do with the art of motorcycle maintenance
— and a whole lot of other things.

I now never choose to live alone anymore,
and being single and celibate became cool
instead of the implication of social rejection and adult peer pressure.
I find inter-dependency is a lot healthier
and waaaay less stressful than co-dependency,
and that some ‘old-fashioned’ values aren’t so old after all.

I experience meditation instead of traffic jams,
and left the rat race to find my feet
travelling many more dirt roads than pavement and concrete
(although, I must admit, I’m still adjusting to this one!).

I eat okra and Jerusalem artichokes and really hot peppers
(and learned what Scoville Units are)
and I have found about 20 different ways to actually enjoy quinoa.
I munch on celery sticks for breakfast
and opt for frozen fruit smoothies
instead of milk shakes.

I have observed the wisdom in being last instead of first,
and the difference between serving versus helping.
And I’ve especially been taught it’s the PEOPLE that matter the most, in any circumstance.

I abandoned my city life for an organic farm
in the middle of nowhere, swapping out city sewers and rats
for bio-remedial waste-water systems and roaming chickens!
I drink well water instead of Evian bottled water
and use swamp coolers and less air-conditioning.

I no longer run to the gym but instead run (on country lanes).
I don’t own anything anymore that’s “dry clean only”
because I wash my own laundry now
(instead of picking it up from the dry cleaners)
and only with biodegradable soap,
which goes into gray water for feeding the yard and plants. 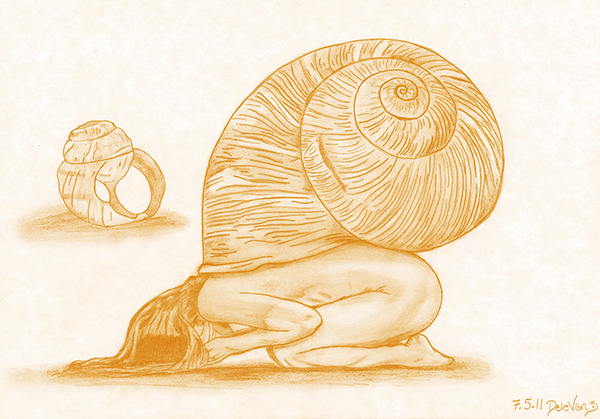 Metamorphosis in the Ocean of Devotion
by CosmoArtist DeleVan

I’ve studied the effectiveness of multi-tasking
and concluded—on multiple levels—
there really is something to be said
for slowing down, stopping, and smelling the proverbial roses.
I moved from living as a single person
in a 5-room townhouse in the suburbs
to a single bedroom and office combined
and love the new-found ease of it in my life.

I found out doctors and hospitals
aren’t all they’re touted to be, and in their “specialist”
mindsets, they often don’t know a lot about a lot,
and even less at times about true dis-ease and healing.

So I’ve decreased doctors’ visits for holistic approaches
and swapped prescriptions for homeopathics,
along with changing my thoughts.

I traded out brand-new rolls of gift wrapping paper and bows,
for re-used recycled ones (despite the wrinkles),
and realized giving something from Tiffany’s
—with a high price-tag—
costs a lot less than giving something of my own,
including my time or forgiveness.
I switched out the Crest toothpaste of my childhood
—with fluoride (that I later learned is toxic)—
to brushing my teeth daily with
baking soda, salt, cayenne and bentonite clay.
I stopped using a blow dryer and let the fresh air breeze dry my hair.
I cut up my American Express Gold card and cancelled my account, on account of realizing some things
are not truly worth their weight in gold.
I traded my sugar addiction
(even laced in the Morton’s salt I grew up with on the table)
for discovering cacao, and swapped out my daily 3 or 4 Diet Cokes
for water — it’s the real “Real Thing.”
I let go of my faith in money and the almighty Dollar,
and began building a faith in The Almighty.
I quit believing and trusting everything I heard
and read in the news, as I learned of the corporate spin doctors,
and started researching what’s really going on.
I turned off the TV and turned on my mind.
I relinquished the touted value of my Bachelor of Arts
for new degrees of learning
in the School of Life, and began the re-education of my mind.
I forsook all the non-reality I had unknowingly digested for decades,
in pursuit of what’s really of value — truth, beauty, and goodness.

I sought out true elders in my life and,
eventually, actually found them and now eagerly
sit at their feet as a student.
I opened my mind to other people’s opinions and views,
and listen to the teachings I’m blessed with
from those far ahead of me on the path.
I let go of religion and found spirituality.
And perhaps most of all — I began to cut loose of self
and started to make room for others
and, best of all, room for God.

And in the midst of all this, sometimes I look back,
and I seem so different that I don’t even
recognize myself. But since then, I’ve started to actually become the person I always wanted to be (despite the many miles that still lie ahead on this journey).
And all these incredible life-enriching changes (and so much more) happened while I was out—being ever so busy, busy, busy
—looking for all the answers to everything,
and meanwhile, it seems, somehow,
I snuck up on me.