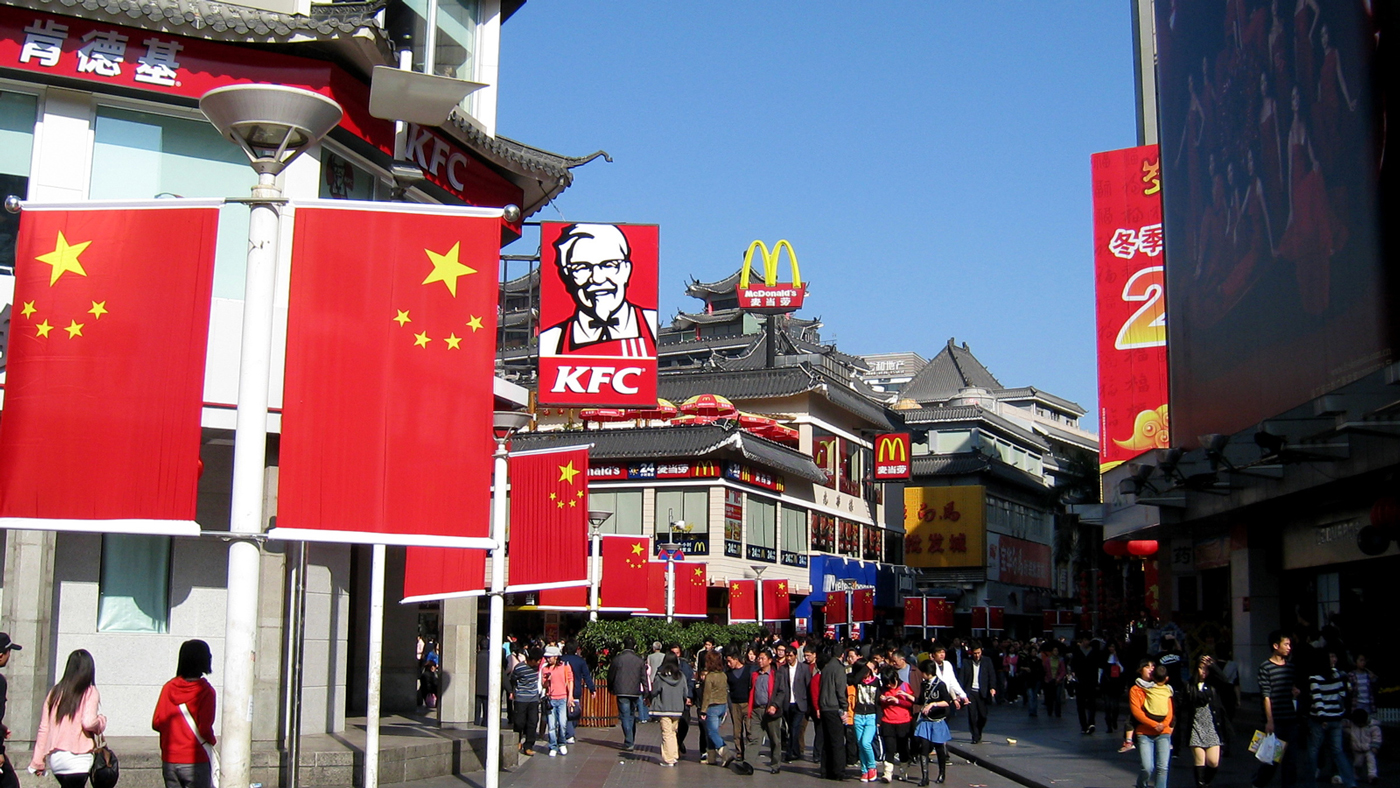 Globalization: Peace Of Mind Or Piece Of Mine?

The term "globalization" is commonly used in reference to our modern-day global community, where people around the world are more connected than at any other time in history due to industrial and technological advancements expediting international communication and travel, which allows goods, services, information, and money to flow faster and more freely than ever before.

By definition, globalization sounds like a wonderful thing. I envision the families of impoverished countries being clothed, fed, and educated. I envision the sharing of ideas and information to cure diseases and create scientific advancements that will help humankind in all areas. I envision expanded travel for all people to experience other cultures, obtaining a higher understanding and appreciation of each other. And most of all, I envision the spiritual and political leaders of the world coming together to coordinate and facilitate these exchanges.

However, despite its original benign definition, globalization is a heated topic in our world today and is often linked with the World Trade Organization (WTO), World Bank, and International Monetary Fund (IMF)—international corporations with a financial interest in our global community and the proposed "new world order" of global business within the confines of corporate-run capitalism that benefits particularly the 1% and with little regard for the peoples, cultures, and ecosystems impacted. Why all the heated debate about the effects of globalization? The same reason there is so much heated debate about gun control. A gun in and of itself is not "good" or "bad;" it is the motive and intention with which it is used that falls into one of these two categories—self-serving interests or the common good of all. The main problem accompanying globalization is the avaricious Wall-Street-connected corporate hunter, outfitted in suit and tie, armed with aggressive lobbyists and clever lawyers, all of them conveniently conscience-free. He is on the prowl and hungry for world resources, and he is insatiable—like billionaire ex-president Donald Trump who stated that no one can be too greedy, which aptly reflects the underlying principle that drives most of the 1%. These are the actual evil people of the world (who often attain high levels of political and economic power) who consider the deaths of others as simply “collateral damage.”

To achieve cultural and religious unity in a one-world government outside of the control of the 1%, a global SpiritualutionSM is the only answer.

Under globalization orchestrated by the so-called "civilized" world, greed’s victims suffer by the millions. Developing countries are denied access to the most lucrative markets, and agricultural subsidies by "first-world" countries squelch the abilities of developing countries such as India, Africa, and Indonesia to compete with their farm produce. These countries fall further and further behind while North America and Europe spend more than $1 billion per day (approximately six times more than their foreign aid contributions) to protect corporate farming. Under this type of corporate globalization, “privileged” countries receive the benefits of technology and modern progresses while the poor and disenfranchised suffer. For example, more than 75% of deaths from HIV in 2019 were African. Each year more than 3.5 million people die from water-related diseases and most of these are children (an estimated 2.2 million), and 99% of these deaths occur in the developing countries. 98% of the people who live in developing countries do not have enough to eat, and approximately 9 million people die each year of hunger and hunger-related diseases. More than 5 million children die each year from treatable ailments like diarrhea and pneumonia, the vast majority in “third world” countries. And while at first it seemed like the COVID 19 pandemic was hitting higher-income developed countries just as much or worse than anywhere else in the world, recent official data on excess death estimates suggest that developing-country shares have been much higher than previously thought and that this is now—and for a long time has been—a developing country pandemic.

It is time those of us fortunate to live in rich, “first world” countries stop and ask ourselves, “Am I my brother’s and sister’s keeper?” Of course, the answer should be a resounding “yes!”

Unless there is progress real enough to be felt and not just measured by academics, a world moving too languorously in the right direction risks an abrupt and dangerous reversal. What’s needed now is evidence that those with wealth are willing to share; that rights are universal and inviolate; that security is not the exclusive preserve of the most heavily armed; that the suffering of one is the suffering of all and won’t be tolerated.

So how do we as individuals help create a global family rather than just a global market? One way is to starve the corporate hunter, to deny the conglomerate monsters the prey on which they feed—us, the consumers. We should stop taking more than we need to live. Observe "Buy Nothing Day" much more than once a year. Conserve our natural resources, and take time to learn about the world in which we live and its various beautiful and colorful peoples. We must also educate ourselves about the plight of our planetary neighbors and take action to assist them in whatever ways we can. We must speak out against injustice and the atrocities committed daily against the majority of the world’s people (the 99%) by a greedy minority (the 1%) and their lackeys.

The world is crying out for change, and people all over the globe are saying “no” to the corporate-greed brand of globalization and “yes” to a global village where our shared resources are distributed fairly amongst all planetary citizens. There are alternative living communities and eco-villages sprouting up all over the world. There is also a growing global network of Local Economic Trading Systems (LETS)—locally-organized, not-for-profit community enterprises that provide administrative coordination for the exchange of goods and services using locally-created currency or credits, allowing citizens to survive and even thrive within their community despite disparaging national and international economic conditions and employment rates. From protesting in the streets to creating alternative systems and communities outside of the mainstream, people are making efforts worldwide to turn the established tides, but much more is needed.

Grassroots efforts are a start, but ultimately humanitarianism and higher-consciousness must come from world leaders and global administrative structures with the power and the resources to help others. The political leaders throughout history with true vision towards positive global change and the betterment of humanity have always been spiritual leaders with an understanding that we are all children of the same Creator.

As stated by visionary and spiritual leader, Gabriel of Urantia, “one God, one planetary family” and “my child is your child, and your child is mine.” What is needed is a global Spiritualition™ - a movement started by Gabriel of Urantia more than 30 years ago of peace and justice for all people through the spiritual solutions given to our world by celestial personalities of Divine Administration in the Fifth and Continuing Fifth Epochal Revelation (The URANTIA Book and The Cosmic Family volumes.)

Until we recognize our spiritual oneness in the absolute truth that we are all children of the same Creator, and our power as a unified global family, and until we recognize and respect true Godly elders and leaders, we will continue to allow ourselves to be controlled by the forces of greed. The health of our global community rests in each individual’s recognition that, as the Lakota people say, “Mitakuye Oyasin” – we are all related.