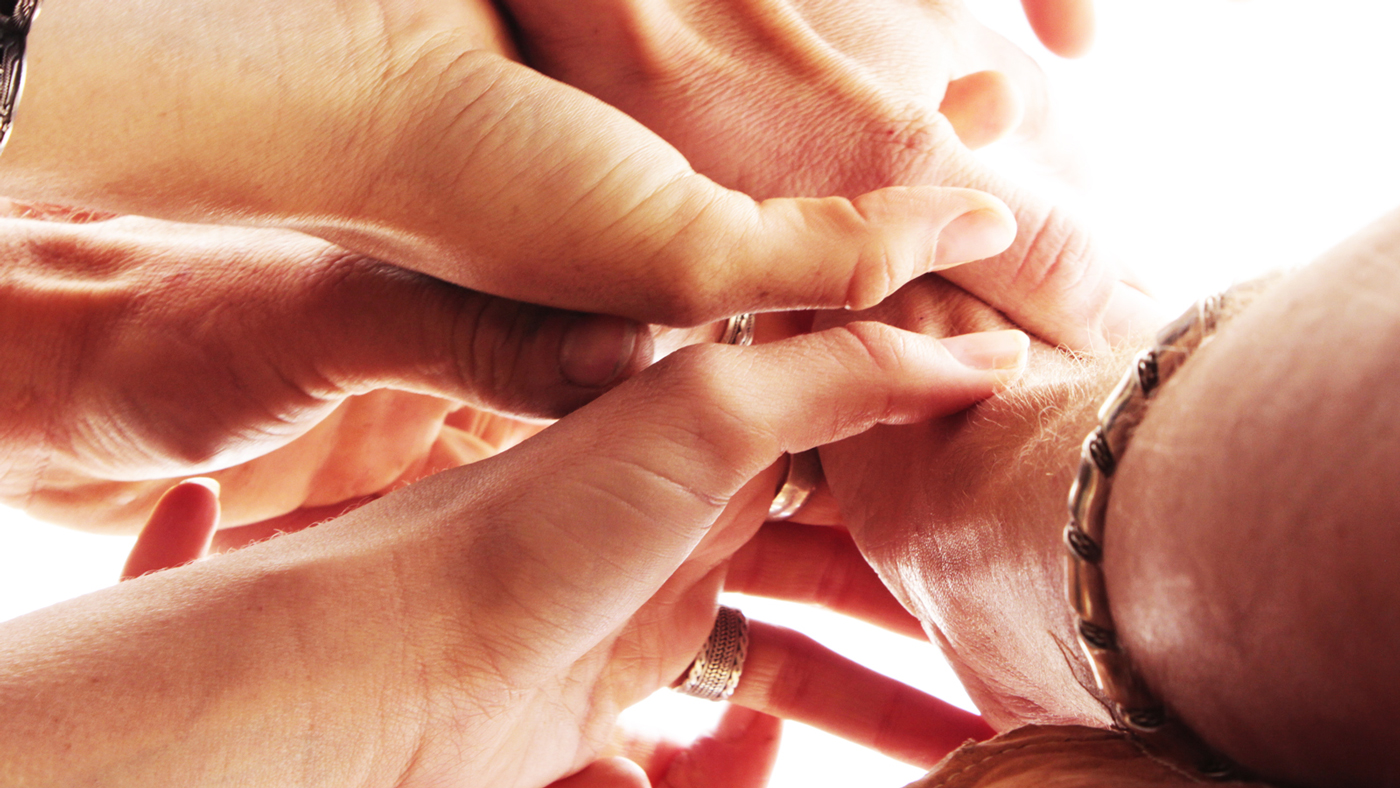 I am always very impressed by and grateful for those people around the globe who actually put their dreams for a better world into action, having a direct and real impact on others in inspiring ways. Below is a compilation of some inspirational acts of cooperation and unity that definitely support us all living in brother-/sisterhood as one planetary family (a concept envisioned and taught by Van / Gabriel of Urantia / TaliasVan in his spiritual term “One God, One Planetary Family”), genuinely caring for one another and joining in true harmony to create something bigger and better than ourselves. 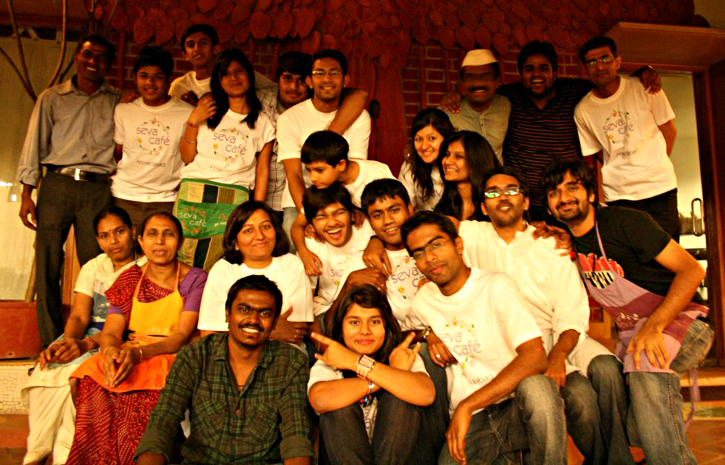 On Link TV’s Web site in a past story they said, “Volunteer Anjali Desai explains the vision behind Seva Cafe, a pay-it-forward restaurant in Ahmedabad, India, where each patron makes a donation toward the next person’s meal. Devoted to the principle of ‘think globally, act locally,’ Anjali describes how this communal experiment in giving reminds us that every individual act of goodwill resounds in the collective human consciousness.”[i]

Up to 60 guests enjoy a meal together daily here, and whatever they can contribute towards the cost of the food and service is paid forward for the next person to eat, allowing those who can’t afford a meal to be able to receive one. The spirit of community and friendship abounds in this unique dining experience. Visit their website at https://www.movedbylove.org/projects/sevacafe/

For another interesting story, learn about “Inviting The World To Dinner” at Jim Haynes’ Sunday Salons at his home in Paris where he invites people weekly from “all corners of the world come to break bread together, to meet, to talk, connect and often become friends.”[ii]

A WORLDWIDE CHOIR ...
The Virtual Choir (based at Cambridge University, United Kingdom) 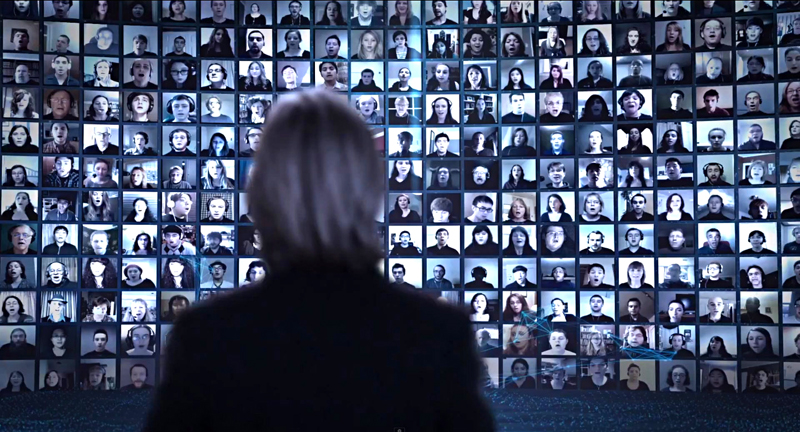 “Eric Whitacre—one of the most popular and performed composers of our time, a distinguished conductor, broadcaster and public speaker—created his ground-breaking Virtual Choir, Lux Aurumque, which received over a million views on YouTube in just 2 months (now 3 million), featuring 185 singers from 12 different countries. Virtual Choir 2.0, Sleep, was released in April 2011 and involved over 2,000 voices from 58 countries. Virtual Choir 3, Water Night, received 3,746 submissions from 73 counties and launched at Lincoln Center, New York and revealed online in April 2012.”[iii] If you haven’t seen them, these videos are very heart-warming and quite spectacular! 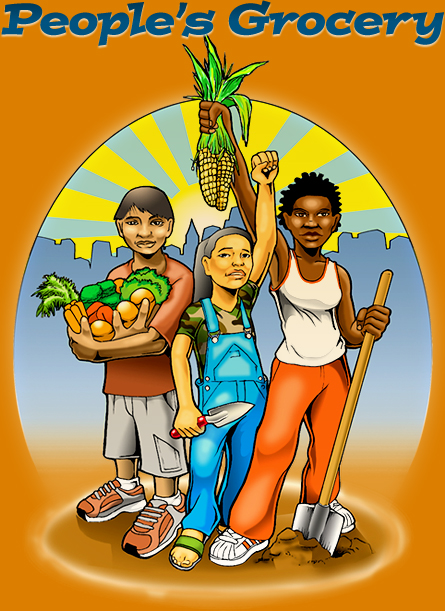 There are “food deserts” strewn throughout America’s cities—“districts in an urban or rural setting with little or no access to large grocery stores that offer fresh and affordable foods needed to maintain a healthy diet. Instead of such stores, these districts often contain many fast food restaurants and convenience stores.”[iv] Below is an American example (as told in a past story on Link TV) where there are 53 liquor stores but not one grocery store in the West Oakland, California community of approximately 30,000 people, who get their ‘food’ at the liquor stores and how an innovative small group of people are turning that around. 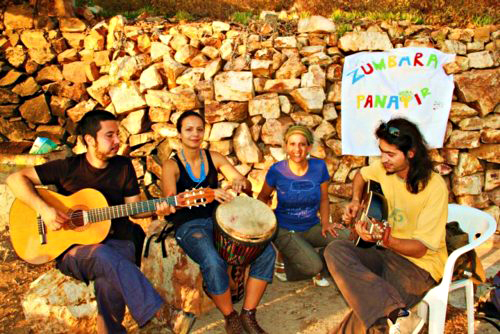 There has been an ongoing phenomena sprouting up around the globe where people are bartering their time and talents—instead of the local currency—as in the olden days, and coming up with a whole new way of living in modern society. From Australia to Vietnam to Canada to Spain to the United States to Ukraine and The United Arab Emirates, and far beyond, time banks are helping create a new economy where people don’t just survive, they thrive! Here’s just one such example sprouting up:

“Turkey and Istanbul is growing fast recently in terms of economics. Business life in Istanbul is not different than any other metropol in the world. However, there is an alternative economy which is also growing at the hands of Aysegul Guzel. Aysegul Guzel is interested in social change, social tech, systemic change, paradigm shift, alternative economies, gift culture, abundance economy & communities. She discovered the time bank concept in Barcelona and decided to implement it in Turkey, officially establishing Zumbara on October 7th 2010.

“Through the Zumbara (Time Bank) project, Aysegul Guzel has created an alternative economy using a social network to enable individuals to exchange services without the use of money. Through Zumbara, individuals trade services and acts of goodwill, thereby emphasizing the value of time, reciprocity, and relationships. Zumbara is a ‘unique’ combination, as it is both time banking and social network willing to be useful in the communities’ daily lives.”[vi]

To find a time bank to join near your neighborhood, here’s a great reference site for worldwide time banks: https://community.timebanks.org/ and https://vimeo.com/38642476

In the spirit of so many of the amazing “flash mobs” that have hit the scene around the globe on street corners, in airports, subway stations, shopping malls, and myriad other gathering centers worldwide, it is noteworthy that “The Opera Company of Philadelphia brought together over 650 choristers from 28 participating organizations to perform one of the Knight Foundation’s ‘Random Acts of Culture’ at Macy’s in Center City Philadelphia, Pennsylvania.

“Accompanied by the Wanamaker Organ—the world’s largest pipe organ—the Opera Company of Philadelphia Chorus and throngs of singers from the community infiltrated the store as shoppers, and burst into a pop-up rendition of the Hallelujah Chorus from Handel’s “Messiah” at 12 noon, to the delight of surprised shoppers. This event is one of 1,000 ‘Random Acts of Culture’ to be funded by the John S. and James L. Knight Foundation.”[vii]

“For the seventh year in a row (as of 2021), a local anonymous man (simply known as “Secret Santa”) has asked EastIdahoNews.com to help find people and families living in eastern Idaho who are in need. Secret Santa is a real person who wants to remain anonymous and hopes to help as many people as he can. Secret Santa blesses many people by annually giving away $1 million in cash, cars, gift cards, and more to deserving individuals”[viii] within the Idaho area community. Deserving individuals can be nominated by anyone (friends, family, students, or colleques, etc.), simply by submitting an online nomination to the news station. Then there are many inspiring videos showing the wonderful surprise gift deliveries by journalist Nate Eaton and other crew members from East Idaho News, as they visit the unsuspecting gift recipients around Idaho. You can watch the videos here: https://www.eastidahonews.com/secret-santa/

Like the power of love, the spirit of our brother-/sisterhood is contagious. There is truly power in numbers. And we all know the relief of a friend, family member, or colleague offering to lend a hand, no matter what we’re up against. Whether we come together to help feed and clothe one another, entertain and uplift each other, or just hold and comfort one another, there’s no denying that the friendship and relationships spawned by bonding in cooperation towards any endeavor is an amazing form of energy we can harvest to help change the world like never before!

We are now moving into the Age of Aquarius, a time prophesized to bring more harmony, unity, and peace to our planet and all the people of our beloved Mother Earth/Gaia, where individuals as well as societies genuinely reflect the love, compassion, and nurturing care of the Universe Mother Spirit to each other. So let’s embrace that bright future wholeheartedly and each do our part, big or small—in any way we can—to help bring light and life, hope and healing to our world.